Unless a workplace investigation is to be conducted purely “on the papers”, the investigator will need to undertake interviews in order to gather relevant evidence for later analysis.

But interviewing well is easier said than done! It is a skill that certainly is backed by theory and methodology, but is then best further learned, honed and enhanced through practice.

In today’s blog, Rose Bryant-Smith reflects on a few of the absolute “verbotens” for investigators to avoid, when undertaking an investigation interview.

In the recent case of Wilson v Anglo Coal (Moranbah North Management) Pty Ltd T/A Anglo American [2017] FWC 4386 (6 December 2017), the Fair Work Commission examined how an internal investigation was conducted as part of considering if an employee had been unfairly dismissed.

During that internal investigation, there was an interview with the respondent. The internal investigator had placed particular weight on the latter’s facial expression and demeanour when later making findings about the evidence obtained at interview.

In particular, in the investigation report, the investigator stated that the respondent’s account of what happened for one of the two allegations is not accepted, as during the interview on the allegation in question, he “froze when he was initially asked for his response to this allegation”.

The interviewer also considered in her investigation report when noting the respondent’s behaviour in the interview that his “demeanour and facial expression in response to this question, together with the fact that [he] paused to consider his response, gave the… investigator the impression that he was surprised or shocked that the company knew of the specific allegation”.

The investigator also stated in her report that it appeared to her that the respondent “had, in that moment, realised that perhaps his denials would not be accepted due to evidence in support of the very specific nature of the allegation. On balance, the…investigator is satisfied that [the respondent]’s demeanour, facial expression and delay in responding to the question regarding this allegation are inconsistent with his later denial regarding this allegation, such that his denial is not accepted.”

In short, the investigator, rather than focusing on the content of the consistency and quality of the verbal response of the respondent at interview, instead made subjective interpretations of the respondent’s behaviour at interview to reach her conclusion of substantiating the allegation.

Relying on such subjective interpretations to somehow, in effect, identify an apparently wobbly or fake denial of an allegation is a slippery slope, and detracts from best practice interviewing which is about what the tenor of the person’s actual denial in the words used at interview, and overall. Of course, if someone avoids a question about an aspect of an allegation, you may need to change tack based on that avoidance to explore the allegation from another angle. It may be useful, for example, to explore what the respondent did know or can recall for example, or encourage them to articulate verbally their response to the allegation against them.

Not surprisingly, the FWC found that there was not clear and cogent evidence to substantiate the evidence in question, and relying on someone freezing at interview, was “an inexact proof”. Avoid stepping on evidentially thin ice by creating questions that elicit rich content that you can reliably use in later analysis.

Interviewing with an “open mind”

In the older but still highly illuminating case of Lohse v Arthur (No 3) [2009] FCA 1118 (2 October 2009) (which we discussed in further detail here), investigators must always ensure that they bring an open mind to the determination of the issues and that this does not affect their line of questioning at interview. Otherwise, a Court may find that the evidence obtained in an investigation is sufficiently strong to draw a conclusion of either actual or apprehended bias by the investigator.

In Lohse, whilst the investigator was interviewing the complainant regarding alleged sexual harassment, he made various comments and suggestions which clearly suggested a bias in favour of the complainant whilst conducting that interview with her.

For example, when the complainant said to the Investigator that one of the alleged statements attributed to the respondent “intimidated” her, the investigator impliedly accepted the claim by saying `Yes, I can understand that’. Elsewhere in the interview, in relation to the respondent allegedly saying, “here puss puss puss”, the complainant said to the Investigator “he just disgusted me”. The investigator appeared to accept the premise of the observation by saying and repeating “I’m not doubting that”. Before the interview concluded with the complainant, the investigator was recorded as saying: “…there is a bit more I’d like to go through. Actually…the remainder of this…is fairly good. It’s all good, anyway.” The investigator therefore appeared to have communicated an acceptance of what she had said.

Clearly such statements and assumptions made and communicated by the interview to a complainant in real time at interview is problematic, and means that the evidence being obtained is not objectively obtained by the investigator. In such circumstances, there is also the danger that an interviewee realises that the investigator does not have an open mind and then may possibly exacerbate or even embellish the evidence they provide at interview.

And lastly, but not least….don’t interview an inebriated participant

In Roger Garrett v Shamrock Holdings [2009] AIRC 832, the investigator was aware that the respondent was drunk during their first interview. Whilst the investigator at that time then also informed the respondent that he would have a further discussion when sober, this never then took place. Clearly, one needs to ensure that when one is conducting any interview, that the individual being interviewed has the capacity to think clearly, understand questions put to them and has a truly reasonable opportunity to respond.

We are excited about the upcoming launch of the second edition of our book this February by Wolters Kluwer, “Workplace Investigations”. Feel free to pre-order and receive 20% off!

If you would like to further improve your investigation skills, please feel free to attend one of our acclaimed one day “Workplace Investigation” courses in March, in Sydney on 13 March or Melbourne on 20 March. 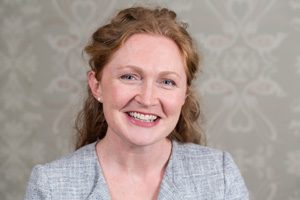 Rose Bryant-Smith is the co-founder and director of Worklogic. She is passionate about building ethical, productive and innovative workplaces. Rose leads projects about organisational ethics, risk management, corporate governance and organisational performance.

Worklogic works with employers to resolve workplace complaints and create a positive culture at work.

Please contact Rose for an obligation-free, confidential discussion on issues at your workplace.