In this post, we discuss common problems with workplace investigations and how to address them.

I was recently out with friends and someone I had just met asked me what I did for work. Being a proud Worklogician, I told him that, among other things, I conducted workplace investigations for a range of organisations. While not expecting an applause, I was surprised when he said “Workplace investigations? That must be easy!?!”

While I would not necessarily disagree with my new friend, I would say that workplace investigations are not always easy and there are a few issues which can occur, which if not managed can impact the success of the investigation.

To assist my new friend in understanding some of the issues faced when managing an investigation, I listed some of the more common problems we have found our clients have had:

It is exceptionally rare that a complainant will structure their complaint letter with a list of specific and fully particularised allegations. Generally, the written (or verbal) complaint is a summary of concerns, which will need to be explored further with the complainant to draw out the specific detail needed to draft a procedurally fair allegation. For an allegation to be considered procedurally fair it should contain as a minimum, who was allegedly involved, what is alleged to have occurred and when.

Issues with the capacity of participants to participate

In some circumstances, employees fall ill, have a personal crisis at home or suffer from stress because of the investigation process or other factors. These issues need to be considered and managed to balance the needs of completing the investigation in an expeditious manner and the requirement to not cause any further detriment to the health and wellbeing of any of the participants.

Accusations of bias or a challenge to the outcome

It is an unfortunate circumstance, but sometimes there will be a participant who is not satisfied with the outcome of an investigation. Sometimes, the investigator can be accused of bias or their assessment of the evidence and, as a result, their finding challenged. To avoid this:

Handling the he said / she said scenario

Not all alleged incidents in a workplace occur in front of other employees. When this occurs, can an investigator make a finding about whether the alleged conduct occurred? In short, yes, a finding can be made, however, the investigator needs to assess the credibility of the participants and the evidence they provide. A subject for another day…

If you would like to learn more on this topic, register to attend Worklogic’s one day training course “Conducting Workplace Investigations” on 6 April in  Sydney and in Melbourne. Whether you are an HR professional, manager or compliance officer, you may need to conduct an in -house workplace investigation in the future, or you may have already conducted one. This practical course gives you the knowledge and skills needed to conduct an effective, fair and legally sound workplace investigation. 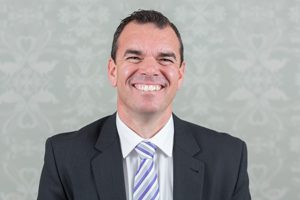