In this week’s blog post – part of our celebration of Worklogic’s 10th anniversary – Worklogic Associate Director Jason Clark looks back at some notable misconduct cases over the last 10 years.

Some cases are noteworthy because of the new obligations they imposed on employers, or because they developed our understanding of key concepts like ‘reasonableness’. Others are memorable because of the unusual facts or significant press coverage. There’s something to be learned from every one of them…

1. 15 minutes of behaviour can satisfy the definition of ‘repeated’

In O’Connell v Wesfarmers Kleenheat Gas [2015] FWC 2103, O’Connell engaged in 15-20 minutes of verbal abuse, offensive and threatening behaviour towards a colleague at a national sales conference. He left the area for 20 minutes, then came back and continued the verbal abuse. The Fair Work Commission found that this constituted ‘repeated unreasonable behaviour’. Bullying does not only mean prolonged actions over a period of weeks or months – it can be multiple occasions within the same day.

2. For senior staff, ‘no training’ is no excuse for serious misconduct… Nor is a ‘toxic culture’

A senior staff member in Torres v Commissioner of Police [2017] NSWIRComm 1001 argued that he had been unfairly dismissed, after he engaged in extremely serious misconduct including sexual harassment of 14 individuals. He said it was ‘innocent joking’ that was part of the toxic culture that existed at the workplace (rife with swearing and sexually explicit behaviour), and that he had never been trained about the acceptable standard of conduct. The NSW Commission didn’t have a bar of it: senior staff members do not need training to know what constitutes unacceptable behaviour.

3. Employers can be negligent if they ignore bullying complaints

In NSW v Mannall [2005] NSWCA 367, Ms Mannall, a team leader in the NSW Department of Housing, was subject to victimisation, harassment, humiliation and abuse in the workplace. The NSW Court of Appeal found that her employer should have recognised the risk of injury, and taken steps to ameliorate the situation that triggered it. The Court found that the employer had failed in its duty of care to protect the employee against psychiatric injury in the workplace.

4. Policies must be consistently applied over time

In Cannon and Fuller v Nyrstar Hobart Pty Ltd [2014] FWC 5072, Nyrstar sacked two crew members for bullying their managers. The Fair Work Commission found that Nyrstar managers had known of the crew’s behaviour and done nothing about it previously – apparently to protect high performers. Nyrstar had effectively ignored, overlooked or passively condoned their behaviour, and it effectively lost its right to dismiss the workers.

5. If the manager or supervisor knows about bullying, the ‘employer’ is on notice too

Repeated racist bullying against Mr Naidu went unreported at Nationwide News for 4 years. Mr Naidu, a contractor employed by ISS, was under direct supervision of a Nationwide News employee. He suffered severe depression and post-traumatic stress disorder. Initially damages were awarded against both News and ISS. On appeal, the court found that knowledge of the abuse could not be attributed to ISS, because Mr Naidu’s managers at ISS were not made aware of the situation.

7. Elected board members are considered workers

Elected members of statutory boards were previously not considered a ‘worker’, unless they have signed a contract of employment. In Trevor Yawirki Adamson (AB2016/662), the Fair Work Commission found that Adamson was a ‘worker’ and therefore was able to apply for a stop bullying application.

8. A brash leadership ‘style’ is no longer acceptable

CEO of Orica, Ian Smith, agreed he had a “robust, forthright, challenging” leadership style, which included bringing meetings forward by two hours to keep people on their toes. After a number of senior executives left after short stints working at Orica, the Board intervened and Smith agreed to improve his approach and allow the Board and colleagues to monitor his progress. However Mr Smith left soon afterwards and the Board’s handling of concerns over Mr Smith’s leadership style was criticised as inconsistent and too little, too late.

One of the most respected CEOs in Australia, Mark McInnes was sued together with his employer David Jones for alleged sexual harassment in the order of $37,000,000. The case ultimately settled for around $850,000, however the damage to David Jones’ reputation and its legal and PR costs were surely far greater. This case might not have extended our understanding of what constitutes sexual harassment, but it made many employers think about managing the risk of leaders who might not be ‘walking the talk’ as far as company values and customer expectations.

10. Our politicians still have a lot to learn…

Bronwyn Bishop spent almost $300,000 on travel expenses in the first year as federal speaker, but it was the $5,000 helicopter flight from Melbourne to Geelong which made the headlines. Bishop maintained that what she did was ‘within the rules’, perhaps forgetting that the public have very strong views about what constitutes a fair entitlement.

Sussan Ley suffered similar media coverage after she bought a $795,000 3-bedroom apartment on the Gold Coast ‘on a whim’, while on a taxpayer-funded trip to Brisbane. As a consequence, MPs now need to disclose their expenses monthly instead of half-yearly, in an ‘accessible and searchable’ format.

Workplace relations has always been an area of contested norms, changing laws, quirky facts and ethical questions. It is as varied and messy as human nature. We’re sure the next 10 years will be as fascinating. 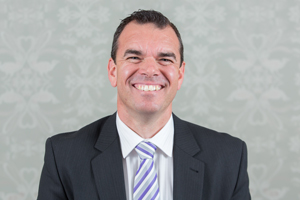 Jason Clark is Worklogic’s Associate Director, based in Sydney.  Jason has extensive experience as a workplace investigator, investigating a range of issues including fraud, bullying, harassment and sexual misconduct. He has also assisted numerous organisations develop strategies to minimise poor behaviour and encourage a positive workplace culture.