In August an independent review into workplace culture within the Australian Federal Police “Cultural Change: Gender Diversity and Inclusion in the Australian Federal Police”, conducted by Elizabeth Broderick, was released. The key finding was that 46 per cent of police women and 20 per cent of police men reported having been sexually harassed within the past five years.

This follows a 2015 Victorian Equal Opportunity and Human Rights Commission review of more than 5,000 Victoria Police officers and staff which found 40 per cent of women and 7 per cent of men said they had been sexually harassed and the 2014 Australian Human Rights Commission review into the treatment of women in the  in the Australian Defence Forces which found that that there were 2,224 ‘plausible’ allegations of sexual assault in the force’s history made by 1,650 victims.

The problem is not just within our military and police forces, with recent high-profile cases demonstrating its prevalence within the private sector.  These include:

Disturbingly too, there are increasingly frequent incidents of inappropriate sexual conduct being perpetuated on-line by school students and, as a recent matter we investigated indicated, the acceptable line of what are appropriate workplace topics for workplace discussion are continually being pushed.

As these examples indicate, the message of respectful behaviour is being lost and, in some places, this has caused a culture in which inappropriate unlawful behaviour has had a fertile ground to develop and fester.  Although individuals are accountable for their own conduct, organisations have a legal and ethical obligation to take all reasonable precautions to prevent sexual harassment from occurring in their workplaces.

We suggest the following steps to ensure that sexual harassment can’t fester within your workplace:

1. Conduct regular audits of your policies

In a world where the line of the conduct that’s considered to be sexual and socially acceptable seems to be constantly being stretched it’s more important than ever for employers provide clarity around the expected standards of behaviour.  Review your equal opportunity and harassment and social media policies, as well as any codes of conduct to ensure that these clearly communicate that inappropriate conduct of sexual nature will not be tolerated within your workplace. It may be useful to provide examples of conduct that it not considered appropriate.

2. Regularly assess the prevailing culture in your workplace

Would the culture at your workplace withstand scrutiny from an objective outsider or worse, if it were to be considered by a Court or Tribunal?  Ask are your company’s expectations of best behaviour conveyed to staff and are these expectations being adhered to?   Be aware if it has become commonplace for people to exchange off-colour jokes, speak with inappropriate levels of informality, use bad language or comment on the physical attributes of others – and address this immediately.

In a matter we recently completed for a large organisation, it emerged that a long-standing employee accused of sexual harassment had not undertaken any training in relation to sexual harassment or appropriate workplace behaviour beyond a small snippet during his induction program 12 years ago. Make sure you record who has received this training and when – and conduct regular refresher training.

4. Conduct a risk assessment before you hold work social events

Conduct a risk assessment for each work social event you organise and take action to mitigate any risks identified before the event. Define the boundaries of the event and convey the conduct that is expected from your staff.   Be vigilant about the service of alcohol and clearly define when the official part of the function has concluded.

5. Respond quickly, effectively and sensitively to reports of sexual harassment

This may mean commencing an investigation, a workplace review or exploring whether mediation is appropriate.  Most importantly, be respectful towards the complainant and understand that everyone has different levels of tolerance when it comes to what conduct they consider to be humiliating or offensive.

An independent complaints reporting line provides a safe, confidential mechanism for employees to report inappropriate behaviour. Providing such a service  gives you an opportunity to reinforce the message the sexual harassment is not tolerated and ensures that all staff are aware that the organisation takes this conduct seriously and wants to know about it.

7. Encourage and empower staff to intervene if they observe inappropriate behaviour

Encourage staff to be upstanders rather than bystanders to inappropriate behaviour at work.  In this context, Australian of the Year, Lieutenant-General David Morrrison’s famous line, “The standard you walk past is the standard you accept,” is apt.

As these examples in this post indicate, the message of respectful behaviour is being lost and, in some places, this has caused a culture in which inappropriate unlawful behaviour has had a fertile ground to develop and fester.

Don’t let this happen at your workplace! 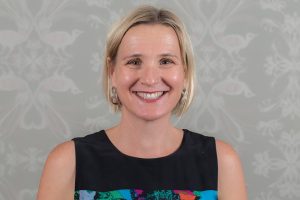 Louisa’s experience as an employment lawyer and conciliator of discrimination matters has informed her sophisticated understanding of the complexities of workplace disputes and their resolution. Louisa brings strong communication and analytical skills, as well as a sensitive, practical approach, to the workplace investigations and mediations she undertakes at Worklogic.

Worklogic helps employers resolve workplace complaints and build a positive culture at work.  Worklogic also offers a free, independent complaints reporting service, Integrity Line. For a confidential discussion on these issues, please contact Louisa via email or give her a call on (03) 9981 6567.