In this week’s blog, we discuss the recent lessons to be learnt from the following successful unfair dismissal application to the Fair Work Commission: Kefeng Deng v Westpac Banking Corporation (U2018/5696). The decision was delivered on 30 November 2018, by Commissioner Riordan.

The context for the application to the Fair Work Commission by Mr Deng, a Mobile Lending Manager at St George Bank, was the way in which Westpac had conducted an internal investigation. The investigation was part of Westpac’s disciplinary actions against Mr Deng, which led to his dismissal.

Westpac had alleged that Mr Deng had breached its Code of Conduct, technology Code of Use, and the employee’s Attestation Certificate. Mr Deng was the employee who was investigated for, amongst a variety of alleged behaviours, sending and/or receiving customer information via his personal email. He was employed as a Mobile Lending Manager at St George Bank.

Of interest from a “best practice” investigation perspective, the Commissioner made the following pertinent observations on the key aspects of procedural fairness:

1. There was no prior provision in writing, before the Westpac investigation interview commenced on 22 May 2018, of the specific alleged behaviour by Mr Deng. At the interview itself, which lasted five hours, and started at 11 a.m., Mr Deng and his support person, who was his wife, did not have access to any food, tea or coffee during this meeting. There were only two short breaks were taken during the entire five hours. Mr Deng was also shown some 30-40 documents during this meeting.

2. Mr Deng was only given 24 hours to then respond to a letter titled “Intent to Terminate Employment”. This letter set eight allegations of specific breaches by Mr Deng. The Commissioner noted that:

“Surprisingly, [Mr Deng] was only given 24 hours to respond to this detailed and complex correspondence. This timeframe is grossly inadequate and procedurally unfair. [Mr Deng] was interviewed…on 22 March 2018. There was no further contact by anyone from [Westpac] until [Mr Deng] received an invitation to a meeting on 1 May 2018. At this meeting, the Applicant was presented with a six-page letter containing eight detailed accusations in relation to his conduct on 35 occasions dating back to April 2017. The Applicant was required to respond by 5:00 pm the following day”.

3. Notwithstanding the short 24 hour turn-around time given to him, Mr Deng responded to the eight allegations in writing. He admitted to some allegations but also disputed others, and raised a number of avenues of inquiry regarding customers and/or Westpac staff who may have relevant information to consider. The Westpac investigator, however, failed to follow up or contact any of these relevant and pertinent sources of evidence. There was no chasing of any “evidentiary” rabbits down burrows, as it were.

Specifically, in looking at the conclusions which the Westpac investigator then made, The Commissioner found that:

“The investigation, at best, appears to be nothing more than the opinions of [the Westpac investigator]. There has been not a single attempt to corroborate the responses of [Mr Deng]…. Not a single customer was contacted to ascertain whether [Mr Deng]:

[The Westpac investigator] did not even take the time to interview its own employee… to ascertain his understanding of the situation with [a customer].”

The Commissioner also said that not interviewing its own employee “beggars belief”, and “further highlights the deficiencies in the investigation process”.

Consequently, the Commissioner held that Westpac’s investigative process deprived the Applicant of this entitlement to a “fair go”. In short, he noted, from his observations of the lack of follow up by the Westpac Investigator to exploring relevant further evidence to a number of the allegations: “Innuendo and assumption are poor substitutes for primary evidence”.

The Commissioner reinstated Mr Deng to his position. The Commissioner held that whilst Mr Deng had breached certain Westpac policies and was haphazard in his abiding by them, his actions “deserved to be the subject of disciplinary action and further training – perhaps even one-on-one training, but not the ultimate sanction of termination”.

This decision again confirms the fundamental necessity of giving a respondent sufficient notice to respond to allegations in a meaningful way – 24 hours will not be enough, particularly where there are many allegations, and complex in nature.

In order to fully complete an investigation, it is vital to pursue and follow up where there may be further information available that relates to the allegations in question. If not, then consider whether you can actually make findings of fact on the less comprehensive array of evidence in front of you.

And last, but not least, consider whether the interviewee may need breaks to replenish their energy and food intake. The offering of tea, particularly where a long interview is contemplated, is a welcome and uncontroversial suggestion.

How to conduct a fair and effective workplace investigation

Interested in gaining the skills and knowledge needed to conduct an effective, fair and legally sound workplace investigation? Then register now for our “Conducting Workplace Investigations” training course on February 19 , 2019 in Melbourne. 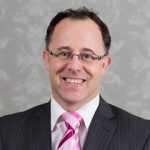 Grevis Beard is the co-founder and director of Worklogic. Grevis has significant knowledge of the dynamics of workplace disputes and their resolution. Grevis works with a range of clients to improve workplace communication, investigate inappropriate behaviour at work, manage workplace risks and handle complaints. He is an acclaimed speaker and author.

Worklogic works with employers to resolve workplace complaints and create a positive culture at work.
Please contact us for an obligation-free, confidential discussion on issues at your workplace.