Like many of us, I believe myself to be fair and largely free of prejudice. I live and work in a diverse city, with people of various cultural backgrounds, and I enjoy experiences that expose me to new things. I consider myself to be largely impartial as I evaluate people and situations.

Social scientists have been shedding more light on our blindspots or our “hidden brain”.

What is unconscious bias?

Unconscious biases are learned stereotypes that people form outside their conscious awareness.

We absorb these attitudes from the broader culture or our social group, usually before we are able to question them. Unconscious biases are often very different from the values we say we have, but they may influence us in certain situations or scenarios.

The gender equality debate is probably the most prevalent example of unconscious bias in the news today. Why are there fewer women leading companies in Australia than men named John?

Amazon recently discontinued a system that rated candidates on a star system. The program was apparently marking down candidates who had attended women-only universities or included activities with the word “women’s” on their CV, with the result that the program was preferencing men because of their higher star ratings!

As with individuals unaware of their prejudices, the program was biased because Amazon’s data was biased – most recruits and applicants in the last 10 years had been men, and using the historical data to inform the program simply entrenched the bias. This has also been an issue with programs that intended to eliminate racial bias.

It’s important that we don’t allow unconscious bias to cloud our judgements in workplace investigations.

How can investigators address bias if it is unconscious?

The more aware we are of how perceptions shape our responses to other people and our judgements about their characters and abilities, the more we are able to recognise situations in which our unconscious biases might be holding sway.

And as investigators, we need to keep questioning our intentions:

By consciously questioning the factors that come into play as we make our findings, we can assure that we are making findings without input from our unconscious biases. 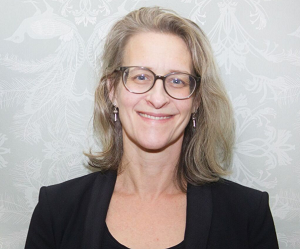 Tanya Hunter brings considerable litigation and policy experience to her role as a workplace investigator and consultant. She has worked with state and local government, not-for-profits and private firms in the USA and Australia. Tanya brings a balanced, impartial approach to the entire process from preliminary analysis of complaints to conducting investigations, creating productive policy guidance and solutions and implementing change projects.

Worklogic works with employers to resolve workplace complaints and create a positive culture at work. Please contact Tanya if your organisation needs assistance, call (03) 9981 6500 or come along to our training!