Nepotism is about the use of power or influence to secure unfair workplace advantage in the workplace for members of one’s own family or close friends. This is what it can look like in a workplace:

When firms engage in nepotistic practices, particularly around senior positions, they place the value of fairness under attack. Employees who are not members ‘of the family’ are likely to think their skills are discounted when competing with people whose genetic links seem to place them at the top of the employment and promotion queues.

Is it possible to placate employees who are outside of the family? Is the appointment of a family member always unfair?

It is one thing to have family groupings within a workplace. It is quite another to have that workplace exposed as illegitimately allowing appointments and awarding contracts in clear contravention of the organisation’s recruitment and conflict of interest policy and procedures.

The Victorian Ombudsman recently released a scathing report on nepotistic practices in a regional high school where, despite a comprehensive policy framework for recruitment, conflicts of interest, financial accountability, and multiple complaints by staff to the Education Department, improper conduct favouring the school Principal’s family members had been extensive. For instance, the Principal’s wife had been appointed his Executive Assistant though no record of an appointment process existed. His son was hired to lead the school’s elite sports academy, beating a more qualified candidate for the position: his father then also authorised a $7,000 p/a promotion, when his offspring had been only five weeks on the job. The bus company another son co-owned was inappropriately favoured for school work.

“Nepotism erodes public trust and is unacceptable in any area of the public service,” the Ombudsman concluded. (p.118)

There are a number of perfectly legitimate reasons why the relative of an existing employee may be successful in a recruitment process:

However, the unfortunate truth is that, even where scrupulously objective workplace processes are observed, if this results in the appointment of a family member, the perception of nepotism can still be a damaging one.

There are three important things to bear in mind when you knowingly appoint a family member:

Be aware that where family members regularly apply for and get jobs in a company, there will be (unrelated) staff who will call it favouritism. No matter how scrupulously fair and transparent recruitment processes are, such appointments open up the temptation for staff, who might be disgruntled for other reasons, to call it unfair.

Stay conscious that family members have trouble viewing each other with total objectivity. Family ties tend to be stronger – and family rifts deeper – than relationships between unrelated work colleagues. This can add a significant dimension of murkiness and complexity to any workplace issue that arises.

Note that the more power a person has in a workplace, the more caution has to be exercised if a member of their family is recruited or promoted. Powerful people often lose sight of the degree to which that power can disrupt the basic honesty of people around them. They are likely, for instance, to be told to their face – by people who are grinding their teeth in private – that the appointment is excellent and above criticism.

How to counter the possible influence of nepotism

In order to satisfy employees who may be suspicious of family promotions or accelerated career progression, there are a number of actions that business owners can take to counter any possible influences of nepotism:

Ensure that there is objective and impartial decision-making process for recruitment, involving more than just the relative of the applicant (or even excluding the relative).

Establish a conflict of interest policy. This is a very helpful and clear way of setting out what the process is for managing a situation where staff may be related to one another and find themselves either in the same team and/or managing another relative. You also need to promote and explain this policy to staff and abide by it.

3. Train people in how to have difficult conversations

It is critical to train people to be able to give genuine feedback about team members (including those who are related to each other) and being able to hold everyone accountable for their performance.

Importantly, your organisation needs to be clear and committed to the company’s declared values.

Creating this type of cultural accountability, and managing risks of any perception of unfairness, ahead of time, is key to avoiding the potentially damaging influence of nepotism in the workplace.

To learn more about nepotism, you might like to read our bestselling book, Fix Your Team by Worklogic co-founders and directors, Rose Bryant-Smith and Grevis Beard, recently published by Wiley. Nepotism is one of the 12 symptoms of team dysfunction and Chapter 6 ‘Family Ties: The Spectre of Nepotism’ discusses this further. 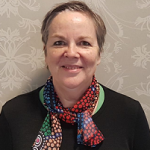 As manager of Worklogic’s Integrity Line service, Rose Scott ensures that people making a workplace complaint are given a calm and secure reception. She also leads Worklogic’s policy development team, helping organisations set the standard for ethical and constructive behaviour at work. Please contact us for an obligation-free, confidential discussion to review and refresh the policies at your workplace.