Looking back over the last decade of business and institutional leadership, there is some hope but much to lament. At Worklogic, we’re optimistic realists – we see opportunities for leadership development and values improvement everywhere…

Thinking back to 2007, this was the decade that began with uncontrolled banking misconduct leading to institutional collapse and triggering world-wide financial chaos, and where unchecked local misbehaviour in financial services has since caused grief to innumerable customers.[1]

It was a decade where:

Many public officials failed to set good standards, awarding themselves (or their pets!) inappropriate benefits or helicopter rides, whilst repeatedly behaving towards each other in a manner no other workplace would tolerate. Meanwhile some of our most vulnerable workers were short-changed through deliberate wage under-payment or stolen superannuation (at 7Eleven), or subjected to predatory sexual behaviour. It was a decade when the structure of corporate reward programmes sometimes incentivised aberrant behaviour, and greed too often trumped ethics[6]. It was the first decade where social media and cyber security become a major focus for leaders, providing global visibility of bad behaviour. Who, from Canada to Cambodia, will forget the footage of David Dao being dragged off the United Airlines plane?

It is hard not to see this deplorable pattern culminating in the election of Donald Trump. To all appearances, the world’s most influential leadership role came to be filled by a businessman who proudly boasts of bankruptcy and tax avoidance; who advocates torture and denies science; and with a public record of crudity, misogyny, xenophobia, racism, predatory sexual behaviour …the list goes on. Even US Republicans are crying despair, apparently waiting for impeachment rather than take matters into their own hands.

Thankfully, there is also much to celebrate from the last decade, which also gave us the courageous moral leadership of Angela Merkel, outspoken survivor Rosie Batty, climate campaigner Al Gore, Pope Francis washing the feet of a female Muslim prisoner, Christine Lagarde supporting IMF bailouts of Greece, Ireland, Portugal, and other troubled countries, Aung San Suu Kyi released in 2010, and others.

Just over 10 years ago, we all ‘enjoyed’ smoke filled workplaces, which are happily but a hazy memory. Workplace health and safety legislation has continued to reduce the probability of injury, and to fundamentally change attitudes to risk taking, particularly the wearing of PPE and the assessment of risk prior to starting work tasks, as well as recognition of psychological harm. This was achieved through committed leadership, both political and business.

Many workplaces have taken lessons from the events summarised in the first part of this commentary and implemented independent call lines to assist staff to report fraud and misconduct, anonymously where necessary (such as our integrityline.com.au), and ensuring Boards and CEOs get direct information. Legislation has also improved whistle blower protections, although this task is still far from complete[7].

Also notable is the increased commitment to diversity and inclusion/infusion – of women, of racial minorities, of the GBLTIQ community, of the disabled and of those with parenting and other carer’s responsibilities. This is also now mainstream in the working world. The 2010 Male Champions of Change project, 2012 establishment of Workplace Gender Equality Agency and 2013 sex discrimination amendment (Sexual Orientation, Gender Identity and Intersex Status) have all contributed to improved understanding and thus commitment to ensuring equity for groups with a lesser share of the workplace leadership voice. Whilst there still is much work to do, the debate has largely moved from ‘whether’ to ‘how’.

The will and infrastructure to address workplace bullying has also seen much progress during the decade. Galvanised by the awful experience of Brodie Panlock, workplace bullying is now recognised for the serious impact[8] it has and attitudes have shifted from ‘suck it up’ to ‘eliminate’.

Domestic violence has moved out of the shadows and into the light, as a scourge to be addressed by us all, as a community. Workplaces have played their role through education; by funding raising and by special leave provisions for victims.

Workplace flexibility, aided by new technologies, has also revolutionised employment this decade. Whilst legislation has underpinned the ‘right to request ‘flexibility, great leaders are operating well in advance of the minimum standards, allowing employees to manage how, where and when they do their work, just monitoring that the work gets done. Schemes for increasing leave, varying hours and taking breaks are now fairly standard.

Finally, you could not summarise workplace change over the decade without returning to technology. This was the first decade where mobile phones became the pre-eminent business tool (amazing to think that Apple launched its first iPhone only 10 years ago!). We can now communicate instantly by any number of mediums with colleagues and clients all over the world. Business networks like LinkedIn have allowed the sharing of knowledge and connections with the most skilled in the world. We have socialised job access and globalised opportunity. Leaders can speak personally and directly, often and cheaply to their communities and customers where-ever they are based and whenever they wish.

We have the knowledge and ability to make truly great workplaces in the coming decade. Let’s do it! 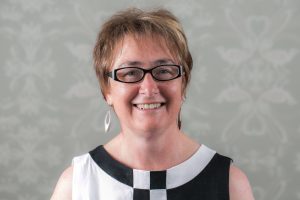 Kairen Harris is an Associate Director at Worklogic, She brings an impressive set of HR skills and experience to Worklogic, obtained from an extensive, international HR career.  Prior to joining Worklogic, Kairen was HR General Manager for Shell in Australia, New Zealand and the Pacific islands, responsible for delivering the workplace policies, processes and culture that would best promote values of gender equity, inclusion and respect for people.