Conflict management coaching involves a coach working one-on-one with someone experiencing conflict with another person. The coach uses a structured model to help the person in conflict (the client) discuss their conflict through a self-reflective process and help the client gain the ability to manage, prevent or resolve a dispute, or their interpersonal conflicts generally. This involves the coach guiding the client through a series of steps to enable them to reach this point.

The following workplace dispute will be examined to demonstrate how conflict coaching might be implemented: John and Jackie work in the same team, and over recent months their working relationship has become fraught with conflict and is now affecting their whole team. Both of them agree to undertake conflict coaching with an external conflict management coach.

The following steps take place over a period of two conflict coaching sessions of 1-1/2 hours each:

Jackie meets with the coach, who asks Jackie to clarify her goal for conflict coaching generally and her goals for this particular meeting. Jackie says that her goal generally is to improve her relationship with John and for this session it is to be able to talk about what has been happening between her and John.

Step 2: Inquire about the situation.

By asking questions the coach encourages Jackie to explain what has brought her to coaching, and lets Jackie “vent” about the situation between her and John.

Step 3: The individual self-reflects and gains different perspectives regarding the dispute.

Conflict occurs when people perceive their values, needs and/or identity are challenged, threatened or undermined. During this stage the coach first encourages Jackie to share her perspective regarding the dispute and then the coach asks Jackie to stand in John’s shoes and imagine things from his perspective. The coach starts by asking Jackie questions to elicit her view point, by helping her to work out what her trigger points are, and to understand what values of hers were being challenged or undermined by John in their dispute. The coach asks questions to help Jackie work out what needs of hers were not being met by John and how the way she sees herself was being challenged by what John said or did. Jackie is then asked to work out what occurred that crossed the line for her, and to describe how she felt when her boundary was crossed and what the consequences were of this.

The coach then asks Jackie the same sorts of questions but from John’s perspective, in order to enable Jackie to appreciate the whole picture. The coach ends this stage by asking Jackie to consider her own and John’s contributions.

By deconstructing the conflict Jackie gained new insights and awareness of both her own and John’s perspectives. She was able to not only understand herself and her own reactions better but she was able to recognise there could be an alternative perspective.

End of first session: The coach asks Jackie to confirm what her next steps are for the next session, and to reflect on what insights she has gained so that she does not forget them.

Second session the following week: The coach checks with Jackie as to how she is feeling and whether she has any further insights having had time to think about the previous session, and whether her goal for coaching has changed.

Having fully explored perspectives, the coach helps Jackie explore what she may do now about John and the situation. Jackie is encouraged to think about what different options she has as to how she could manage things differently. It may be to make choices about how to approach John, e.g. email or in person, and if in person whether it should be a conversation over coffee or a meeting in a business setting or whether to have a mediated discussion, or choices about what to say or how to react in future interactions. Jackie is assisted by the coach to evaluate the pros and cons of the different options from both Jackie and John’s perspectives.

In this stage the coach helps Jackie to find new and different ways of doing things in order to reach her goal of improving her relationship with John. Here the coach will rehearse and explore further the different options Jackie is considering for how to achieve her goal. The coach does not suggest anything but helps Jackie to plan by e.g. rehearsing conversations. This gives Jackie the opportunity to practice new skills where she wants to respond differently to potential future scenarios that may arise with John. The intention is to help Jackie shift her way of communicating in a way that is less accusatory and defensive. The coach helps Jackie to remain mindful of the things that may trigger John that she identified at step 3 of the process. Jackie decides that she would like to suggest to John that they have a coffee together and she rehearses a conversation with John. The coach provides Jackie with feedback and observations on e.g. if she wants to sound supportive – whether that came across when she was practicing what she wanted to say.

The coach asks Jackie to consider what challenges may get in the way of her plan, and for her to be realistic about the possible barriers she may encounter in her efforts to implement her plan.

Jackie decides that her next step is to email John that day and invite him for a coffee that week, and ask him if he would agree to meet her to discuss their working relationship.

Conflict coaching can be a useful and powerful tool at any stage of a conflict and should be considered when there is an ongoing working relationship. 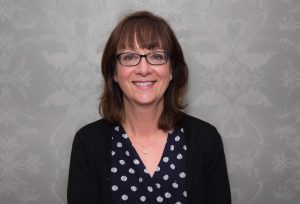 Melanie Roberts is an experienced workplace investigator and a nationally accredited mediator, with a comprehensive understanding of the complex nature of workplace disputes. Based in Worklogic’s Sydney office,  Melanie has extensive experience conducting workplace investigations within the NSW public sector, undertaking a wide range of investigations including allegations of assault, sexual assault, workplace bullying and harassment, sexual harassment, racial and sexual discrimination. She has conducted numerous workplace reviews and is a trained conflict management coach.

Worklogic works with employers to resolve workplace complaints and create a positive culture at work.  Please contact Melanie for an obligation-free, confidential discussion on how to manage workplace conflict.