Why the widespread under-reporting of poor behaviour in the workplace?

Wherever an issue of inappropriate workplace behaviour arises, there is no question that most modern employers would want affected staff to ‘step up’ and report the matter so that it could be addressed according to the many laws and local policies written to ensure the well-being and safety of people at work. Employers want this to happen for ethical reasons, but also because of the significant financial and legal risks poor workplace behaviour poses.

We know from the recent major report by the Australian Human Rights Commission – Change the course: National report on Sexual Assault and Sexual Harassment at Australian Universities (2017) – students choose not to report in the vast majority of cases. Even at the most serious end of the range, the report found that of students who were sexually assaulted in a university setting, 87% did not make a formal report or complaint to anyone at the university.

The report highlights a framework necessary to create an environment where misbehaviour is minimised and where reporting and effective action is maximised. All workplaces need to assure themselves that they provide such a framework:

How to Increase Reporting?

There is a cluster of answers to this: matters of standards, trust, transparency, supports and consistency all come into it.

In response to the findings of Change the Course, the Australian Human Rights Centre immediately released a Good Practice Guide for Australian Universities, called On Safe Ground: Strengthening Australian university responses to sexual assault and harassment.

One of their recommendations is to include in reporting options the provision of anonymous, online reporting services. They write, “… the absence of an anonymous reporting mechanism discouraged students from reporting their experiences. A centralised, accessible reporting mechanism that guarantees anonymous and confidential disclosures, allows students to make a report at a time and place where they feel comfortable and secure, and enables the systematic recording of incidents [which] may serve to facilitate greater reporting of incidents… allowing for the identification of specific areas of concern and targeted responses.” (p. 79)

This is an option which is not yet commonplace in Australian workplaces but its value is increasingly demonstrated overseas, particularly in universities.

There are cautions that need to be made at this point, however.

As On Safe Ground makes clear: “Alleged student perpetrators of sexual assault and harassment should receive guidance and support from the university throughout the disciplinary process and, importantly, should be fully advised of the case against them in a timely manner to enable the preparation of a response. Universities that fail to apply principles of due process at all stages of an investigation and hearing in relation to an alleged perpetrator may confront the prospect of litigation.” (p. 88)

This is the balance all employers must strike. The person who has made an anonymous report will expect behaviours to change, but the person about whom the allegations have been made cannot just be confronted with accusations devoid of all the details they would need to defend themselves.

Does that render the anonymity option pointless? Not at all.

An employer can still act on anonymous reports in the following ways:

It may also most powerfully be that staff whose behaviour has been inappropriate, but unreported, start to self-discipline when it becomes known throughout the organisation that all their colleagues now have the power to report anonymously. A new layer of accountability is introduced. That just might be enough to hose down lots of potential bullies and harassers and passively act to improve workplace behaviours overall.

Put it in your Toolkit

All modern workplaces want to address and reduce incidents of inappropriate behaviour. The provision of an anonymous reporting service can be a powerful addition to the workplace toolkit and sends an unambiguous message to all staff that poor behaviour is not tolerated. 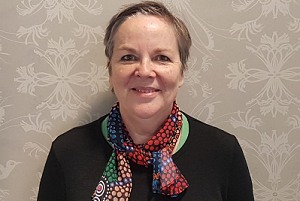 Rose Scott is the manager of Worklogic’s Integrity Line service, and is well-versed in best practice in workplace complaints reporting and management. Integrity Line provides an independent, secure channel for the confidential reporting of workplace misconduct and unethical behaviour at subscriber organisations.
Subscribe to the Worklogic blog to receive expert advice on resolving workplace complaints and building a positive culture at work direct to your inbox each week!