The Royal Commission into Misconduct in the Banking, Superannuation and Financial Services Industry has raised many questions for organisations across Australia about preventing unethical conduct:

The key issue for organisations is to have a range of ways to hear about alleged misconduct early, and also for the organisation to ensure absolutely that it supports and uses the intel obtained to further minimise the risk of unethical conduct.

In this post, I explore the reporting landscape and some of the key principles for organisations wishing to improve both processes for collecting information and for truly supporting ethical workplace cultures.

Let’s take it as a given that no sane organisation ever wants to risk the public flayings similar to those being served up at the Royal Commission. Let’s also assume that a functional organisation, that wishes to act within legal boundaries, also aims to be able to spot risks about misconduct early and proactively, so that they can take action accordingly and prevent it from getting out of hand.

So, what are the safeguards which organisations need to put in place in order to uncover and address misconduct “up stream”? How can we identify and address it long before it hits the headlines, with multiple fronts of legal, misconduct and reputational risk unprotected?

Recently, universities across Australia have taken a close look at their policies, processes and practices following findings of systemic deficiencies by the Australian Human Rights Commission in their report, “Change the course: National report on Sexual Assault and Sexual Harassment at Australian Universities” (2017).

The report describes a framework that employers can implement in order to create an environment where misbehaviour is minimised and where reporting and effective action is maximised.

This is a framework which can be applied in all workplaces, not just in higher education:

2. The organisation must ensure that all staff are aware of avenues to make a report; that report processes themselves do not discourage anyone from reporting; that possible response actions are clearly mapped to allow for informed decision-making by potential reporters and that support services are available and promoted for anyone making a report.

3. Actions taken in response to reports need to be, and be seen to be, equitable, consistent and guided by policy. While respecting the rights of all parties to strict confidentiality and due process, no-one should be left with the impression that the organisation ‘does nothing about these things.’

Without such a framework, any organisation risks the consequences now being faced in the finance sector.

Under-reporting is the norm

One of the keys to successfully implementing such a framework is to create a culture and process that supports reporting of concerns by staff.

For anyone who contemplates making a report of workplace misconduct there is a lot at stake. On the whistleblower helpline that Worklogic provides to many Australian employers (www.integrityline.com.au) we hear first-hand the fears that potential complainants have in coming forward. Common concerns include:

These concerns are valid, in the workplace cultures of many organisations, as evidenced by the poor treatment experienced by many whistleblowers. Just think about the treatment of the former CommInsure CMO, Dr Koh, who was sacked after he made public allegations of inappropriate behaviour, CommInsure having failed to take his concerns seriously.

Change the Course showed that, even at the serious end of the behaviours under consideration, 87% of students who were subjected to that behaviour chose not to make a report. The study also noted, “… the lack of anonymity in university reporting procedures discouraged people from reporting…”(p.144).

If we accept that – even in otherwise well-run organisations – workplace misconduct will sometimes occur, the best hope is that anyone who notices it, or is the victim of it, will feel enabled to report the matter so that remedial action can be taken.

If we are talking about organisations where unethical behaviour has been normalised, the need for a reporting system which will provide cover for anyone brave enough to blow the whistle is even more urgent.

Most states have legislation designed to facilitate the reporting of misconduct by public officials in government departments and agencies, including the Police.

In Victoria, for instance, the Independent Broad-Based Anti-Corruption Commission (IBAC) administers the Protected Disclosure Act 2012 (Vic). This act ensures that people who report improper conduct and corruption in the Victorian public sector can do so in the knowledge that they will be protected. Protections include keeping the identity of the person reporting improper conduct confidential and protecting them from reprisals including bullying, harassment or legal action.

As a rule of thumb, to be protected under this system, the behaviours being reported need to be at the serious end of the spectrum: the improper conduct must be either a criminal offence or conduct serious enough to result in a person’s dismissal. Each government department and agency appoints a Protected Disclosure Co-ordinator to whom staff can confidentially take their initial concerns. Reports can also be fed directly to IBAC, by making a Protected Disclosures Report.

For employees in the private (for profit) sector, the options to report misconduct are varied, harder to access and do not always offer the protections available in the public sector. There are multiple Ombudsmen and Commissions charged with oversight of industry segments: you can find a list here. The Australian Securities and Investments Commission (ASIC) has been highlighted at the Royal Commission as the regulating body to whom whistleblowers in the private sector may have reported misconduct.

Overcoming the reluctance to report

Whilst it is understandable that those who are subjected to inappropriate behaviour in the workplace may not always wish to come forward, the option of a offering an external reporting hotline has been shown to increases the chances of them speaking up.

Research shows that there is a distinct advantage in having a hotline option for employees wishing to report inappropriate behaviour. The USA’s Association of Certified Fraud Examiners publishes an annual analysis of organisational fraud. In 2018, they reported on 2,690 cases of occupational fraud that occurred in 125 countries. Their findings illustrate the significant advantage of ‘hotline’ capability where staff can make confidential reports of suspect behaviours to an external complaints service:

Even an anonymous complaint is of assistance for the organisation’s understanding of its values and culture as practiced. While there is a cost associated with offering these services to employees, they allow an organisation to define the range of behaviours they wish to have reports on, they can facilitate anonymous reporting and they have the benefit of demonstrating to staff that their organisation is serious about addressing inappropriate and unlawful behaviour.

If you accept that:

a) your organisation will benefit from knowing, as early as possible,  about all behaviours of concern;

b) it is incumbent on any organisation to create multiple ways for employees to safely and easily, and if necessary, anonymously report concerns; and

c) your culture and values are about ensuring your workplace is professional, accountable and acting in accordance with the law;

then you really should consider making a Hotline service available. It compliments any Protected Disclosure or Whistleblower service staff may be able to contact but has the distinct advantage of being unequivocally stamped as an investment your organisation is prepared to make in its values and standards.

If you would like to know more, feel free to contact me at Worklogic to discuss how Worklogic’s hotline service, the Integrity Line, can help you to proactively manage your misconduct risk. 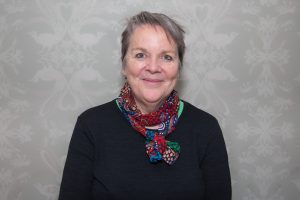 Rose Scott is the manager of Worklogic’s Integrity Line service and is well-versed in best practice for workplace complaints reporting and management. Integrity Line provides an independent, secure channel for the confidential reporting of workplace misconduct and unethical behaviour at subscriber organisations.