In previous blog posts we have explored the issue of vexatious complaints, and provided some key principles that should guide your approach as an employer in such situations. The recent case of Ms Linda Hanrick v Meridian Lawyers [2018] FWC 3256, decided on 5 June 2018, explored this issue, and offers a fresh example for employers to consider in light of best practice principles.

What is a vexatious complaint?

A vexatious complaint is one that is falsely made; that is, it is not made in good faith or based on evidence. Of course sometimes a claim will be made honestly, based on a real perception of negative treatment, but for various reasons the evidence will not support a finding that this is proven. This is not what we are talking about here.

So what then should an employer do to respond to what it considers is a vexatious complaint?

Ms Linda Hanrick was a Legal Secretary with Meridian Lawyers, a National law firm. Ms Handrick made a complaint of bullying against a number of employees of the firm. An investigation was undertaken by Sharlene Wellard, a Principal of Meridian Lawyers. In this investigation, she examined not only Ms Hanrick’s allegations, but also a complaint received from Special Counsel, Ms Nicole Cerisola against Ms Hanrick, received at the same time. She found that there was no evidence whatsoever to support Ms Hanrick’s allegations.

A further meeting then took place in which it was put to Ms Hanrick that the firm believed that she had ‘deliberately made a false bullying claim’, and asked her to respond to this.

In a final meeting, Ms Wellard told Ms Hanrick that she had determined that Ms Hanrick had in fact made a false claim, that the firm was considering terminating her employment, and asked her to respond. At this point Ms Hanrick made a number of new allegations against both Ms Wellard and other employees. The allegation against Ms Wellard was that she had placed Law Society Journals being on the table in front of her, before a visit by Ms Hanrick, in order to ‘unsettle her’. This allegation was made on the basis that Ms Hanrick’s initials were ‘LJH’, and so similar to LSJ. This allegation was found to be entirely baseless. The new allegations against other employees were also found to be entirely unfounded, as these employees either did not know Ms Hanrick personally or had no dealings with her at work.

After this final meeting, Ms Hanrick was summarily dismissed for serious misconduct. In particular, in relation to the initial allegations, Ms Wellard specifically concluded that Ms Hanrick’s bringing the complaint was strategic and time-specific:

‘Nicole [Cerisola] believed that Linda said something about her and that Linda saw and heard Hannah and Nicole talking about it. In anticipation of a complaint being made against her, Linda quickly got her complaint in first, but with no details, and went home.’

On 19 November 2017, Ms Hanrick filed an unfair dismissal application under the Fair Work Act 2009 with the Fair Work Commission.

Ms Hanrick’s application was dismissed by Deputy President Sams. He agreed that on the evidence, all of her allegations had been fairly investigated and found to be false and unbelievable. In relation to the later allegations brought by her, he agreed with the submissions of Ms Welland that, when it appeared her own original allegations were not sustainable, and when she understood her position was in jeopardy, she raised more new allegations:

‘The applicant was not content with merely retaliatory complaints against Ms Cerisola and Mr Bawden. As quick as a flash, she set out to cast her net of complaints far and wide across the Firm, to accuse many other employees, including Senior Principals, as perpetrators of bullying, or at the very least, inappropriate behaviour towards her. She did so by drawing nonsensical conclusions from totally unrelated events, or she simply made up allegations which were utterly implausible or preposterous.

… a classic example of a disgruntled and disaffected employee whose own behaviour was in question, deflecting attention from their behaviour, by making false allegations against others.’

DP Sams also said that the steps taken by Ms Welland (on behalf of the firm) in relation to investigating the allegations, and in addressing the firm’s allegation against Ms Hanrick that her claims had been falsely made, were reasonable in the circumstances. They ensured that Ms Hanrick was provided natural justice and that her dismissal was fair, just and reasonable in the circumstances.

In particular, the following steps were noted:

How to deal with vexatious complaints

This decision reaffirms some principles we made in earlier blogs about how employers should respond to suspicions that a workplace complaint has been made vexatiously or falsely. That is: 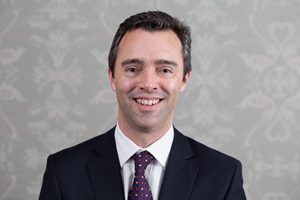 Tom Henry is a Senior Investigator at Worklogic.

Tom has led numerous challenging, highly technical workplace investigations in a variety of sectors and has seen first-hand both the power of social media and the damage it can do if used inappropriately.