There are certain key principles of procedural fairness which need to apply when conducting an workplace investigation into allegations of inappropriate behaviour at work. These include these two key rules:

1. The individual who is the subject of alleged misconduct has the opportunity to respond to specific allegations

2. Individuals have an opportunity to respond to evidence that is not consistent with their own evidence given.

This then means that it is important to reveal the names of the complainant and witnesses to the defendant.

Sometimes at Worklogic, due to possible fears of victimisation, or concerns that people may only participate in an investigation if granted anonymity, we are asked by our clients if it’s really necessary to reveal the names of complainant/s, and/or witnesses, as part of our approach.

The basic answer is ‘yes’. These steps are part of what is considered the usual minimum standard of procedural fairness. Usually when we explain this, and that following such rules as noted above is part of conducting a fair and reliable process, our instructors understand.

Exceptions to the rule

So can there ever be a situation where one can differ from this standard? Yes, but very rarely and this it mainly where there is a particular, specific legislative session exemption. The recent case of Summersford v Commissioner of Police [2018] NSWCA 115 is a case in point.

In this case, the allegations were that a member of the NSW police officer had “on a number of occasions, on dates unknown” made a number of inappropriate and offensive remarks to office colleagues relating to their wives, and other topics, and had touched male police officers by flicking their groins with his fingers or touching their buttocks.

Of twenty five police officers who were interviewed as part of the investigation, some of these officers provided evidence in support of the allegations contained in the initial anonymous complaint which led to the investigation. There were statements made by police officers describing instances of allegedly improper conduct. These were put to Mr Summersford in general terms. Whilst he was provided with a list of all the twenty five officers interviewed, he was not given information as to the identify of any particular officer who had provided any of the relevant statements given.

The basis for this approach to how the evidence was given to Mr Summersford is due to the application of section 169A of the Police Act 1990 (NSW) to the conducting of this investigation by the Commissioner of NSW Police. This section of the Police Act states, in effect, that a member of the NSW Police Force must not disclose to any person the identity of a complainant who has been required to come forward and make allegations in relation to another police officer.

Mr Summersford commenced proceedings to a single judge of the NSW Supreme Court, and then on appeal, alleged that he had been denied procedural fairness. He was not successful in alleging that he had been denied procedural fairness, as the legislative provisions above were held to be appropriately followed. The fact that in this case there was no explicit declaration to the respondent of who gave which evidence in support of the allegations was therefore seen as procedurally fair in the particular circumstances, as it was in accordance with a statutory requirement.

Of particular note was the observation made by the NSW Supreme Court of Appeal that the material put to Mr Summersford in the course of the investigation was not vague, imprecise, lacking specificity and did not leave the applicant confused.

Despite the lack of information as to the “author” of the evidence provided to Mr Summersford, he was not denied procedural fairness in circumstances where he clearly understood the allegations made against him and was given ample opportunity to respond as he wished. The Court also noted that Mr Summersford complained that he did not know the identity of who provided which evidentiary statements, and if he had known, he could have explained whether that individual “had it in for him and whether their statements were likely to amount to reprisals”.

Whilst Mr Summersford was asked by the investigator to identify any particular witness who may fall into this category and any matters that could affect the credibility of the twenty five people who were named overall in information to Mr Summersford, he declined to do so. Generally speaking, it is appropriate to provide an individual with an opportunity to provide any information that relates to the apparent credibility of evidence given by any investigation participant.

In short, whilst the Summersford case above, may sound like it is a controversial case when it comes to procedural fairness, it is not. The legislative provisions relating to police participant anonymity are very specific.

If you are wishing to brush up on how to conduct a procedurally fair and reliable investigation, feel free to purchase the second edition of our book, “Workplace Investigations”. 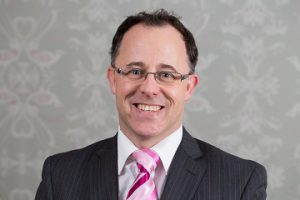 Worklogic works with employers to resolve workplace complaints and create a positive culture at work.  Please contact Grevis for an obligation-free, confidential discussion on any challenges you face in the workplace.