I was recently asked what Worklogic would like to see more of in 2018 – and my answer was “moral courage“.  This is something that can be easier said than done – but you can never have too much of it.  Wherever you work, and whatever your role in 2018, let’s be brave (or braver) in standing up for what is right – and helping our employees to do the same.

Most organisations have a set of organisational values that describe what they stand for, and what types of behaviour they will (and won’t) tolerate. Workplaces that claim to “walk the talk” with their organisational values may well be doing so. But it is our unfortunate experience that many are not. Exercising moral courage will determine whether workplaces truly live their aspired values, that is, the genuine willingness and commitment to act in order to uphold those values, whenever they appear to be under threat.

In particular, taking effective steps to deal with serious concerns of bad workplace culture or allegations of misconduct is the very essence of moral courage. That is because when it comes to the subject of whether employees have behaved badly or not, it can sometimes feel like it is very risky to question or challenge what has been previously perceived as “the industry norm”, or what (rainmaker) Tom, Dick or Harriet “just does”.

This can also be the case when the potential ramifications for taking meaningful steps to address concerns may be both significant and far-reaching. In such circumstances, there can also be a powerful cultural inertia, which results in organisations, or even an entire sector, being reluctant (at best), or consciously failing to take any action (at worst) to provide a safe and trusting workplace for all employees.

As a case in point, so many of the now widely-publicised examples involving alleged sexual harassment in the entertainment sector over the past six months, both here in Australia and overseas, appear to  have involved key decision-makers who lacked the requisite moral courage to act effectively and promptly. Whether it was because of concerns of reputational risk, “upsetting the apple cart” or the financial consequences of losing a box office star, or even a combination of all three, there is a sad irony with this lack of moral courage: not acting when issues of alleged inappropriate misbehaviour first arose, massively increases the impact on those employees allegedly harassed, the organisation itself and the reputation and wellbeing of all involved.

Here are three ways you can help improve your organisation’s levels of moral courage in 2018:

1. Have in-depth conversations with key decision makers about moral courage

Identify who is responsible for managing people risk in your organisation. Then, make a time to have a meaningful conversation with them about what drives and motivates them to act. If you need to, feel free to keep the conversation rolling with these questions:

It can also be useful to explore with them a serious hypothetical scenario, for example: “Say if we had a Weinstein complaint here today? Would we as an organisation have the moral courage to act on that? Would there be potential inertia or resistance to us acting, across the organisation? If so, what can we do about that now, ahead of time?”

Such questions can help you to get a truer sense of how much “true grit” (to channel that amazing moral western film of the same name) exists to ensure organisational values are applied in practice.

2.  Make sure your complaint services are accessible for all

Whilst the Ritz is open to all, its clientele is very select and self-selecting. Make sure that you are not putting any barriers or challenges in place, whether consciously or not, to prevent anyone from easily accessing the option of seeking to lodge a complaint of alleged misconduct if that is what they wish to do.

Ask yourself and your team: “How realistic is that option made for those employees who wish to lodge a serious concern? How do we  even know what our employees’ perceptions are?”

Explore what data and feedback you are getting from culture reviews, exit interviews, and feedback from staff generally about this question.

It is also worth thinking about unintentional messages you (or others at your workplace) might be giving potential complainants.  Sometimes even the tone of a conversation, if not also its content, can send a highly loaded meta-message about what you think of the likelihood of the matter being proven, or the utility of an investigation. Classic examples of this include: “You could lodge a complaint, but….”, or, “This is the first time someone has complained about Tom, Dick or Harriet…”  Essentially, these types of statements are (not so subtle) ways of saying “Go away and don’t lodge a complaint”.

Make sure that influential gate-keepers are not indicating any potential victimisation or adverse action on those who are exploring lodgement of a complaint, and are dismissively blaming the messenger.

3.  Ensure you apply best-practice when conducting an workplace investigation

If you think that your organisation might need further skills development to effectively conduct a workplace investigation into alleged misconduct, then enrol your team in our acclaimed one day course on “Conducting Effective Workplace Investigations”, in Sydney on Tuesday 13 March and Melbourne on Tuesday 20 March 2018. If these dates/locations don’t suit, we can also run in-house training to up-skill your team. 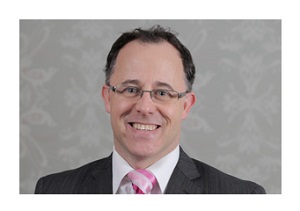 Worklogic works with employers to resolve workplace complaints and create a positive culture at work.  Please contact Grevis for an obligation-free, confidential discussion on any challenges you face embracing moral courage at your workplace.