Like many people, I currently open the newspaper with a sense of dread, wondering what new bad things will have happened overnght.  Last week, there were media reports that the Former Chair of the ABC Board often referred to women at work as ‘chicks’ or ‘babes’.

This week, we have Alan Jones’ shockingly disrespectful and threatening rant at Sydney Opera House CEO, Louise Herron, over her refusal to display racing advertising on the Opera House, consistent with its governance requirements.  Jones did later apologise ‘to anyone that was offended’, while also claiming his actions were not those of a bully or a misogynist (which is  missing many elements of an effective, sincere apology).

Then we have the fate of Dr Christine Blasey Ford in the US as she testified against the appointment of Judge Brett Kavanaugh to the US Supreme Court.

If anyone was wondering why targets of inappropriate behaviour rarely speak out, this case offers a classic case study.

A bright light in this area is the restorative justice work being done by the Defence Force. They are providing a safe and respectful forum for victims of historic assault to tell their story to senior office holders. As with the Royal Commission into child sexual abuse, being heard, being believed and receiving acknowledgement for prior institutional failings from someone who ranks, is an important part of victim healing.

National Inquiry into Sexual Harassment in the Workforce

Many of the issues raised by the US case are currently being explored here, in the Australian Human Rights Commission’s National Inquiry into Sexual Harassment in the Workplace, which is now accepting submissions and running public consultation forums.

We also observe from our works that men, particularly in mainly male-dominated workplaces, continue to fear that women make false claims of sexual harassment as a weapon against them, although the statistics do not support that fear. Harassment is disguised as ‘jokes’ most often aimed at minorities in the workplace. Perpetrators, usually not in the same minority, claim it was all in ‘fun’ and the victim just ‘lacks a sense of humour’ or is being ‘politically correct’.

Organisations can (and must) do something to change this reality to ensure all people are safe from harassment and other unacceptable behaviours at work – and many that we work with are committed to doing just this.

There are six key steps to this process: 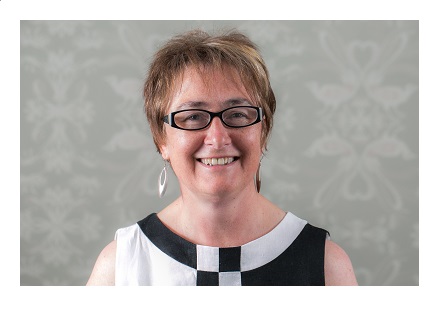 Kairen Harris is an Associate Director at Worklogic. Kairen specialises in strategic workplace advice, dispute resolution and policy development. She understands how and when external HR can best augment internal function. Her depth of experience, wise counsel and practical problem-solving make Kairen highly sought-after.  Worklogic works with employers to resolve workplace complaints and create a positive culture at work. Please contact Kairen if your organisation needs assistance, call (03) 9981 6558 or come along to our training!