2007 Kevin ’07 stormed the electoral polls and Australia was anticipating many years of Kevin Rudd as our new Prime Minister. In the same year, Grevis Beard and Rose Bryant-Smith formed Worklogic. Worklogic stood the test of time (unlike the Rudd Government…) and has built on its beginnings to become the leading workplace investigation and conflict resolution firm in the country.

A lot has changed in 10 years – and not just the occupants of the Lodge. The factors affecting workplace risk have changed enormously in the last decade.

The Rise of Social Media

The Apple iPhone landed in the eager hands of Australians and the rest of the world in 2007 – giving us the internet in our pocket and the perfect machine for accessing social media. The number of Facebook users rocketed from two hundred thousand to over 16 Million users in the ten years to 2017.[1] Twitter, Linked In, Instagram, Snapchat, YouTube and many other social media platforms have started up and grown to have millions of users.

The rise of social media has a number of effects on workplace risk. These forms of communication blur the lines between private and working life and employers are becoming increasingly concerned at the risk that this poses to their reputation.[2] It is easier than ever for employees to publicise their complaints and effectively take them to the ‘court of public opinion’.[3] The higher the profile of the alleged respondent, the greater the publicity and the potential for reputational damage.

Interactions on social media between workmates provides fertile ground for sexual harassment, bullying and other misconduct. At Worklogic, the number of investigations that we are asked to do involving social media has greatly increased over the last ten years (although old fashioned email and face to face conduct continue to land a lot of people in hot water!)

Increasingly, business are seeing a need to have a conduit for understanding the areas of risk in a business – so that employers don’t have to learn about it on social media. Worklogic has established Integrity Line, an independent workplace complaints receipt service, where employees and other stakeholders can confidently, securely and anonymously (if they wish), report inappropriate behaviour at an organisation.

Another large influence on workplace risk over the last few years has been the introduction of the Anti- Bullying legislation into the Fair Work Act. When this legislation was first proposed, there were concerns regarding the ‘floodgates’[4] that access to this new jurisdiction would bring. These concerns have largely not been justified. The Fair Work Commission reports that the number of anti-bullying applications and outcomes has remained steady since the introduction of the legislation in 2014. In 2015–16, the Commission received 734 applications for orders to stop bullying. Like the two previous reporting periods, less than eight per cent of applications were finalised with a decision and seven applications were granted, compared with one in each of the two previous reporting periods.[5]

While the number of applications granted in the FWC remains very small, the Anti- Bullying legislation has had an expanding impact on the work done by Worklogic. Australian workplaces are becoming increasingly aware of bullying as a risk to their culture, productivity, and the health and safety of their staff. Employees are more likely to characterise the behaviour they experience as bullying. Worklogic has seen an increase in requests to independently investigate complaints of bullying by employees at all types of organisations since the introduction of the Anti-Bullying legislation.

On a more encouraging note, employers are taking positive steps to train their staff to communicate effectively with each other and to encourage an anti-bullying culture by promoting ‘upstanding’.

When Worklogic began in 2007, the use of external consultants to manage employee complaints was relatively simple: a workplace investigation was considered the only option. Since then, Worklogic has developed a more nuanced and targeted approach. We recognise that managing workplace risk also means managing the risk of the collateral damage a workplace complaint or conflict can bring.

Worklogic’s initial engagement more often than not includes a discussion of whether an investigation is the best intervention, and if not, whether a preliminary inquiry or assessment, mediation, workplace review or even conflict coaching, may be better.

Worklogic has engaged independent research to determine what exactly is best-practice for employers in the provision of support strategies and interventions – at individual, team and organisational level – that can improve workplace culture and dynamics following an investigation. We have introduced a complimentary ‘Phase 5’ consultation with our clients to discuss systemic, team or individual issues that arose during the course of the investigation and proactive approaches to manage future risk.

So, How Has Worklogic Changed in 10 Years?

As you’d expect, we’ve got older and wiser. Over time Worklogic has worked with our clients to ensure our services meet their needs and the changing legislative, workplace and social landscapes. We’ll never stop adapting and innovating.

If only Prime Ministers were as consistent!

[1] Statistics compiled by SocialMediaNews.com.au for January 2017. Stats and research provided by the Vivid Social – Social Media Agency. Figures correct as of 31/07/17. [2] For example, La Trobe University suspended one of its lecturers over a comment made on her private Facebook page. [3] The most spectacular example of this in recent times are allegations and evidence leaked on Twitter by Amber Harrison in relation to the CEO Tim Warner and the Seven Media Board. [4] See for example, http://www.afr.com/business/triage-or-floodgates-fears-that-new-antibully-rules-will-trigger-wave-of-complaints-20131120-jyf4p [5] Fair Work Commission Annual Report 2015/2016 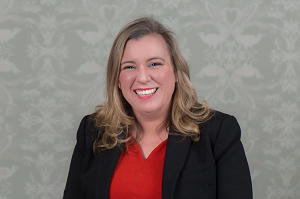 Worklogic offers a range of services to help you develop effective employment policies and effective code of conduct and training programs for your organisation. If you need help in this area, contact Jodie for an obligation free consultation via email or call (03) 9981 6558.