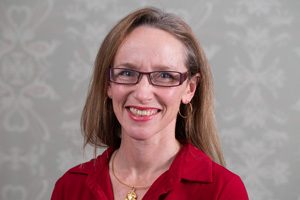 2016 is the year that has been described as the one where we threw away the script, and Quentin Tarantino took over as Director. As the challenges posed by the startling Brexit decision and the unexpected Trump victory reverberate across the planet, the threat to diversity and inclusion in Australian workplaces has never been greater.

Paradoxically, 2016 was the year that started with Lieutenant General (retired) David Morrison being awarded the prestigious title of Australian of the Year. His firm stand on gender diversity and LGBTI inclusion and dedication to confronting discrimination and harassment in the Army has been a powerful demonstration of principled leadership that has influenced with wider Australian community as well. One might have been mistaken for thinking that 2016 presaged a new era for diversity and inclusion.

The year ended, however, with the arrival on the global stage of a new leader of the United States of America who, in 2013, noted the 26,000 unreported sexual assaults in the military only led to 238 convictions and commented, “What did these geniuses expect when they put men and women together?”.

Changes to the Racial Discrimination Act proposed by Senator Cory Bernardi and others (to remove the words “offend” and “insult”), remain an item on the agenda with a Federal Government inquiry into the Act announced on 6 November 2016. Currently the Act makes it an offence in s18C “to offend, insult, humiliate or intimidate another person or group of people” but exceptions are made for artistic, scientific and academic inquiry and fair comment on matters of public interest, if done reasonably and in good faith.

When the Abbott Government first announced repeal and replacement of this provision in March 2014[1] and called for public submissions, Victoria and NSW jointly submitted the changes would weaken protections against racial vilification and threaten social cohesion.[2] The Diversity Council also reviewed this provision and found that it has worked well over a number of decades and the changes are not warranted[3]. With the Abbott Government abandoning the proposed changes in August 2014 for the sake of national unity[4], it is worth asking, what new breeze is in the wind in 2016 that is shifting our thinking on this provision? What does this tell us about the fabric of our society? Is it a warning sign that we are becoming less tolerant of the other just at a time when more tolerance is needed?

Racial discrimination remains a problem that has been exacerbated by the movement of vast numbers of refugees across borders, a general lowering of the tone across social media and a rise in anti-muslim prejudice.  Research has found that Australian Muslims are more likely than Australians in general to have completed or be undertaking secondary and tertiary studies and yet they are underemployed, underpaid and experiencing discrimination and bias in Australian workplaces[5]. Watering down this clause sends a negative message at a time when there is work to be done redoubling our efforts to educate employers, and the community more broadly, to avoid cultural bias and value our racially diverse community.

Equal Pay Day on 8 September 2016, came and went with little to celebrate. Let us not forget, this is the day that women must work following the end of the previous financial year to have earned the same as men. A KPMG report released in October 2016  (“She’s price(d)less”[6]) noted that sex discrimination is the biggest factor contributing to the gender pay gap, which has remained at around 16.2% for over 20 years. Meanwhile, the contribution of systemic sex discrimination to this pay gap has climbed from 35% in 2009 to 38% in 2016 while other causes such as tenure, skills and education have dropped.

Working flexibily in the ‘Gig’ economy

Working flexibly is the new reality with employees in the ‘Gig’ economy now part of a shifting cultural and business environment. In the Gig economy, temporary positions are common and organisations contract with independent workers for short-term engagements. It has been estimated that by 2020, 40% of workers will be independent short-term contractors who freely select temporary jobs and projects around the world, while employers can select the best individuals for specific projects from a larger pool than that available in any given area.

The World Economic Forum predicts that we are on the cusp of the “fourth industrial revolution”[7] and technological, socio-economic, demographic shifts are transforming the way we work. This shift will challenge with mindset that the “ideal” worker is full time with no responsibilities. Instead flexible staff will become the mainstream. Hence organisations must use tools to mainstream flexibility by looking at work design in the whole organisation (rather than ad-hoc arrangements by individual request) and by viewing flexibility as an organisational goal that boosts performance and wellbeing of the whole organisation.

Success in this area must challenge unconscious bias employers hold about flexible workers (e.g. the seriousness of their commitment, their reliability, interest in training and promotion). For lawyers and time based billing models, flexibility requires a shift to value based billing which is key in a truly diverse workforce because it allows flexible work arrangements, focuses on value for the client, rewards talent and expertise.

While the Gig economy creates great potential for entrepreneurial types, it is developing swiftly outside any industrial regulatory sphere and the risks of exploitation are high. This is perhaps best demonstrated by findings of the Fair Work Ombudsman’s inquiry[8] into the flagrant disregard for Federal employment laws by some franchisors at 7-Eleven. As children across Australia flock to buy their $1 Slurpee with the warmer weather, let’s not forget the employment conditions of some staff on restricted student visas who have been systematically underpaid, concealed by falsified payroll records or required to repay part of the pay packet. The Fair Work Ombudsman’s ongoing efforts to uncover the full extent of that scandal has made clear that employers have a positive duty to ensure that they comply with the obligations which they owe to their employees.

Diversity as a driver for innovation

So while 2016 has not been the year of diversity and inclusion that we may have hoped for at the outset, ironically, it is a great time to start thinking about innovation, creativity and productivity. Remember successful companies understand diversity is a key driver of innovation. Diverse teams are better able to solve the complex problems the world presents in 2016. Our rich cultural diversity is linked to creativity and innovation, while gender diversity is linked to higher performance. Inclusive leadership encourages innovation that in turn leaders to profit, flexibility and high performing workplaces.

To wrap up with some positive diversity examples, in a momentous and significant development, a former legal secretary who left school at 15 has been appointed to be the first female chief justice in the High Court’s history. The Turnbull government announcement on 29 November 2016 that serving High Court Justice Susan Kiefel will replace retiring High Court Chief Justice Robert French recognises her extraordinary career and ground breaking achievements.

In addition, in February 2016, Australia’s universities launched the ‘Respect, Now, Always’ campaign[10] to prevent and address sexual assault and harassment. As part of that campaign, the leaders of all 39 Australian universities have asked the Australian Human Rights Commission to investigate the nature and scale of these behaviours and Australia’s first comprehensive national prevalence survey of student experiences of sexual assault and harassment was launched on 23 August 2016[11].

Unlike some Universities in America that hired crisis management teams to manage the publicity fallout, denied that sexual violence exists and criticised the movie to protect their reputations, it is thrilling, impressive and heartening to see the leadership role and moral courage that Australian universities have taken on the issue. It is inspirational to think that young men and women, not long out of school, who are still forming their views about themselves, their values and beliefs, will benefit from learning in university environments that value diversity, inclusion and respectful behaviours and that these values will come with them when they enter the workforce.

That sort of humility, generosity and moral leadership that we respect and admire in Australia were also on display when Western Bulldogs coach Luke Beveridge gave injured captain Robert Murphy his premiership medal, recognising Robert’s contribution to the collective effort of premiership glory. Managers who notice, remember and reward the contribution made by their team members, are a tremendous inspiration to others, as demonstrated by the standing ovation from the almost 100,000 strong crowd at the MCG.

We hope that the events of 2016 have left us all wiser, galvanised to be part of the solutions, and well placed to lead healthy, inclusive and ethical workplaces.

We wish you a happy and safe festive season and look forward to working with you in 2017!