This news article was written by Natalie Reilly and originally published in the Sydney Morning Herald.

In 2020 most of us have received the memo: in order to avoid burn-out it is prudent, necessary even, to bring the entirety of your authentic self into the office. People who act like themselves are happier, more content and feel safe enough to be more creative.

A survey undertaken last year by recruitment agency Robert Half found that 91 per cent of executives believe a sense of humour is important for career advancement; while 84 per cent feel that people with a good sense of humour do a better job. But it’s a fine line between having a laugh and being reported to HR, and it all depends on one thing: culture.

The culture of the workplace is a largely invisible line you need to learn to tread. And that can be a tough gig if the company itself extols the virtues of authenticity but is unwilling to move with the times. Look at Meghan and Harry, who just quit their day jobs.

There is an interesting paradox within most work cultures: we hate change but lionise work “disruptors” like the late Steve Jobs and Mark Zuckerberg, leaders who were deeply themselves. Zuckerberg would know better than most that though we might list our numerous qualifications on LinkedIn, along with a winning photograph of ourselves in corporate wear, we’d be naïve not to think that our Facebook, Instagram or Twitter selves can’t also be accessed.

A report from consulting company Plasticity Labs found that people want to behave in a way that represents their true personality but often put on a “work persona” which can lead to feeling drained. The same report also found that 72 per cent of people surveyed said they were behaving authentically, but it took them two to three months to be completely themselves at work. Only 9 per cent said it took more than a year to be comfortable showing their real self.

People want to behave in a way that represents their true personality but often put on a ‘work persona’ which can lead to feeling drained.

“This tells me that there is a moderate level of comfort in being yourself, but they are cautious when doing so,” says Jason Clark, director of the consultancy Worklogic. He agrees that it all comes down to the culture of the place.

But what does that look like on a Thursday at 9pm when your boss lobs a “just thinking out loud” email midway through your second glass of pino? “Ultimately that level of comfort will be dependent on the authenticity shown by leadership,” says Clark.

We know, for example, that people don’t quit jobs – they quit bosses. Anything else not involving your boss involves escalation to a third party, which, if the manager finds out, can spell the end of your reputation faster than a beer-holding holiday pic in Hawaii.

Take for example, crying at work. How many of us have cried in front of the boss, never to be viewed in the same way again? 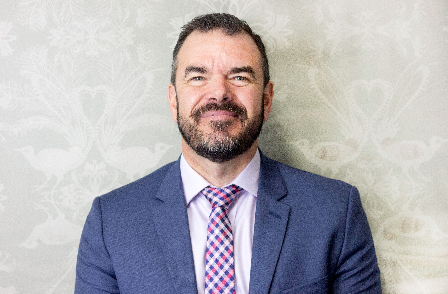 It’s not a mistake to cry at work … I think this really is the litmus test for any workplace.
Jason Clark, Worklogic

“It’s not a mistake to cry at work,” says Clark, who admits to shedding a few tears in his own 30-year career. “But the fact that it might be seen as one speaks volumes about the perception of that workplace culture.

“I think this really is the litmus test for any workplace. If you do not feel safe to be you, within the boundaries of respectful and appropriate behaviour, then the culture is not living up to the standard it proclaims to set.”

And the onus, says Clark, is on managers to demonstrate those values.

“If there’s only tokenistic desire for people to feel they can be themselves – it’s trendy and socially desirable – but organisations don’t invest in building the capacity of leaders and managers; if they’re not teaching them how to receive and honour their staff members ‘whole self’, then it will likely fall flat,” says psychologist Jocelyn Brewer.

Though there is still something to be said for self-regulation, especially on social media. “It’s important to remember acceptance is a two-way street, and in an individual’s mind, they will often think their point of view is right,” says Clark. “Think Australian Rugby Union and Israel Folau.”

But in an age when we never really clock off at work or log off the internet, when we answer every work email with numerous exclamation marks, so as to appear congenial but happily attack a stranger over differing views, (something we’d never do in real life); when we present an artfully curated lifescape to Instagram, it might be worth asking not if we can bring our entire selves to work, but if we are ever our entire selves at all?